We at Ambient-Mixer.com appreciate peace and a relaxed state of mind. And we love the relaxing and meditative content our users are creating every day. So, in order to let you benefit from this user generated content as well, we decided to list some of our favorite ambient atmospheres that will help you reach your own personal Zen state.

Before we list some of the best relaxing and meditative ambient noise mixes we found on our website, lets have a look at what Zen really means though. The origin of the term as well as the newly adapted state of mind will be addressed.

If you know all this already, feel free to skip to the next section!

Originally, Zen is an ancient school of Buddhism with roots in China. It was influenced by Taoism, another Chinese religious tradition, and is spread over many eastern Asian countries like Japan, Korea and Vietnam. The key components of Zen are meditations and self-control as well as a strong mindfulness with regards to others. Instead of putting emphasis on rituals and worshiping, Zen is more about the values of meditation and being at peace with oneself.

Nowadays, however, the definition has shifted. Of course Zen is still the correct term for this Buddhist school, yet non-Buddhist also adopted the term for themselves. The new adaptation of the term became more a state of mind and a way of being rather than a religion. It, among others, incorporates:

Zen has become a way of seeing things, to add more positivity and optimism to ones life. It is achieved or practiced during meditation, yoga, pilates or other recreational and relaxing activities. 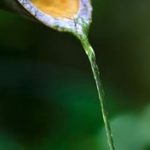 This quiet garden is filled with birds and dominated by soft wind and the dripping of a small fountain.

Over all of this, you can hear a relaxing flute phrase together with the occasional flapping of bird wings and a meditative ping-sound. 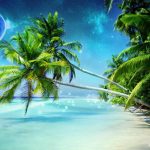 A peaceful ambient atmosphere that combines gentle, angelic music with the sound of soft waves on a beach.

If you want to, you can un-mute different channels to add a heartbeat, the occasional ringing of ship bells, a ship creaking and seagulls. 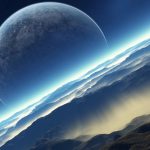 This ambient atmosphere is inspired by the vastness of space and the possible sounds of the universe and the stars.

With a more ominous tone, this mix combines wind and drones with metal-like impacts and the beeping and processing sounds of a computer. 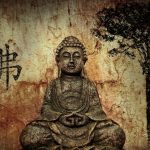 This soundscape portrays a more traditional approach of the Zen state.

Buddhist throat singing and chants together with different sounds of nature dominate this ambient track. A crackling fire and rolling thunder can be heard occasionally, as well as a soft wind and crickets. 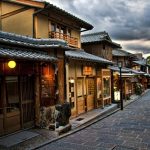 This atmosphere manages to create a calm environment for relaxation and meditation completely without music or a singing phrase.

Soft rain and an approaching thunderstorm along with the occasional sound of wooden wind chimes and an ancient gong are all this atmosphere needs.

Use Ambient Noise For Anxiety Treatment