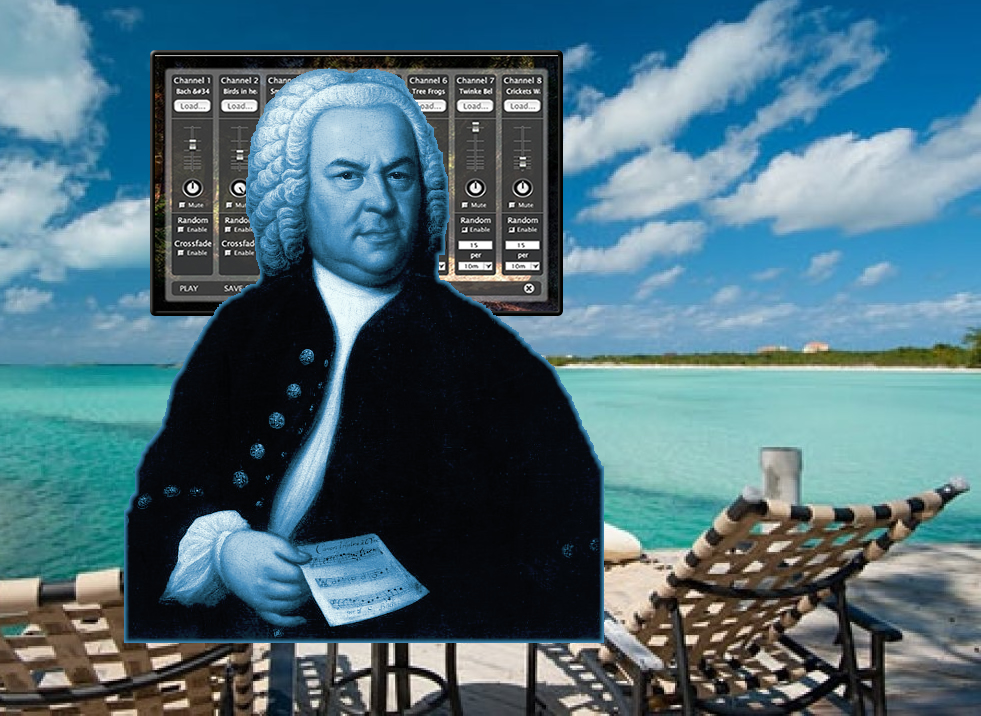 One of the great features in the ambient-mixer is the possibility to modify existing atmospheres by using the tool as an audio mixer. Many users don’t want to create their own atmospheres from scratch. They prefer to make changes to existing tracks and adapt them. They find it easier to do this than to create a new mix out of an empty template. This has some advantages. If you are looking for something special that resembles an atmosphere you have found already inside the ambient-mixer, it is easier to adapt it making a few changes.

The mayority of the atmospheres inside the ambient mixer relate to background audio recreation like coffeeshops, natural sceneries like forests and beaches as well as game audio backgrounds.

The ambient mixer is not seen as a music mixer at first sight. But it obviously can be used as a music mixing tool also.  You just have to rembember that the mixer is a tool to mashup sounds.  One of the great feature of our online mixer is that you can load whole pieces of music inside the mixer and add all kind of sounds.  Each channel inside the mixer is as long as the sound loaded into it. Therefore, you can enjoy long pieces of music as well as short loops. It’s up to you how you handle this. Just think and remeber that the ambient mixer is also a music mixer.

How you could use the music mixer to change existing tracks

My own distant journey

Bach on the Beach

Take the arrangement of Julia of the famous Air on a G String from J.S.Bach, that you will find here.

I personally like the idea, but the garden sounds are a bit too repetitive for me, and I would prefer to listen to this beatyful music while sitting at the beach. So instead of making all new from scratch I just have taken the existing atmosphere and adapted it to my own preferences.

You can mix your own music tracks with some ambient sounds to create your own music with background. This track uses the recording of a guitar playing an arrangement of an old english song. It is a simple recording into the PC with an USB microphone.

The guitar mix was loaded into one channel and then some background sounds added to recreate the ambiance of a music school retreat: Some students playing, another one tuning the instrument, the voices of the others in the common room with a fireplace. Bad weather and computer work sounds mix it up and you get taken back to the old days at your guitar school.

Here is the audio track: