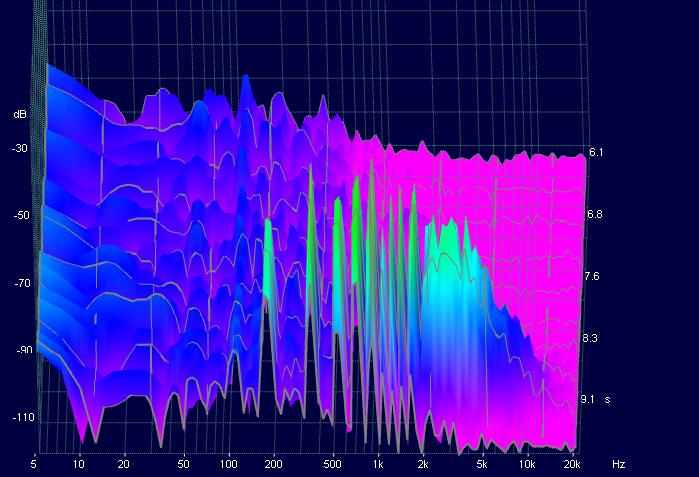 The purpose of a background sound is quite simple: Some audio that you hear in the background of something else that is what really catches your attention. Otherwise it would not be a background sounds but a sound you are actively listening to.

So, the main purpose of a background sound is to strengthen or emphasize any action or other content in the foreground which is the “real thing”. Why and with what purpose would you need to reinforce or accompoany anything with a background noise?

There are some standard uses and among these the main functions are to support video footage, add realism to game levels and prevent you form loosing concentration.

Inside the Ambient Mixer sound database you find among all its categories a lot of useful background sounds which will help you with the recreation of specific audio backgrounds.

Many use background sounds for working to help with concentration issues. When we are focused on anything,  silence can be as annoying as sudden or irregular noises. Just like in meditation situation, thinking about a problem in a silent room can lead to constant deviation of our thinking. We don’t think pauseless without any interruptions. When we brain-work, we need some spare moments to process thoughts, rethink and just brainstorm things over. It often is during this short “not-so-hard-thinking-phases” when we loose it.

A discrete audio background helps preventing the void in such moments. We can pause our thoughts and there is still something that we more or less uncounciously are listening to and thus we can refocus as fast as we paused a though.

Therefore background sounds for working tend to be quite repetitive. New research has shown that constant rhytmic movements, like running or walking, help to manage personal problems and increase problem-solving thinking. So why should not a regular, repetitive or rhythmic audio background help with concentration too?

There is a therapeutical method called  Eye Movement Desensitization and Reprocessing, promoted by the EMDR institute, that bases its method on rhythmical patterns (eye movements, but also audio signals) to heal patients with traumatic stress disorders. EMDR Therapy also works with rhythmic hand movements and tones.

So it could be a rhythm you tap with your fingers or your feet while trying to solve a problem that finally helped you to get this special intution you need. Or it could be a smooth background noise that helps you to keep your thoughts in order.

Popular categories for working audio backgrounds are coffeeshop atmospheres, audio background of offices or public libraries and even special designed audio for people suffering from attention deficit disorder that use binaural beats and similar experiments.

With the Ambient Mixer, you can just try to make something special that works for you and share it with the community if you think it is useful for others too.

If you need some inspiration, take a look a these:

Users searching for background footage for videos often do not look for regular repetitive patterns of quite background atmosphere but for very specific sounds for each scene.  Depending on the type of video you need to add the sound to, the audio background will range from nature sounds to city soundscapes, machines or anything related.

If you have a commercial video running with images from a sunny beach, you probably will be looking for sounds of beaches, shores, ocean waves, seagulls, children and family chatting and so on.

The main purpose of a background sound for a video is to underline with audio what the image is already showing. Are you recording a technical screencast? For the lapse of time in which you don’t speak you may want to fill the acoustic gaps with some keyboard typing, some mouse clicks or a server humming in the background. Or are you loading footage you took at a vacational tripo to Venice? Maybe you need some water, a stream or a river to underline the sensation of being on a ship.

Thousands of possible uses that you can always achive easily with the Ambient Mixer tool and its sound database.

An audio background for a movie is a very different thing than a background footage for some video clip. A movie has a story and shows complex relations between characters. Film music gets composed having in mind different motives for every character, mood, place, situation and relationship.

But nevertheless, if you have some actores speaking, some film music playing and all this, you still will need background audio for special effects or just the audio recreation of a realistic background. If you film a scene inside a house, you will need some “house noises” like doors slamming, windows opening or shutting, chairs, tables,  sounds outside the house and so on. The same applies to a forest scene, a jungle, a ship or any place you are setting the action.

Every big studio and every film production team has a bunch of specialists for this. But for a homemade video it maybe quite easy to use any given background or just mix something for yourself.

Could you imagine playing a car racing game without car engine sounds or a war game without shots and gunfire sounds? No, you would not play long before it got boring. Why? Because the scenerie needs sound. A game without sound is like a fish without water.

FX sounds for common effects like explosions, fire, gunfire or any other sorts of sounds are quite common for games. But there are lots of other audio backgrounds suitable for all sorts of game categories, especially for role playing and simulation games. Train simulators, flight simulators, civilization and empire building games include lots of background sounds that can be simulated with our ambient mixer.

Just take a look at the variety of tavern and marketplace ambiances users create and that can be applied to custom made levels in videogames.