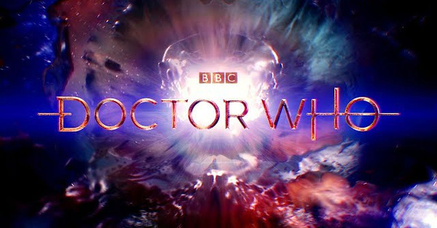 Both the original and the reboot series of Dr. Who have great music that just sticks on your head. For the reboot, Murray Gold is the person held responsible for the awesomeness of Doctor Who’s music. Among them, there are several that fans regarded as the best of the best either for its tune, background story, or for both.

An epic and heroic theme fit for The Doctor. You can also say it’s the sound of adventure. This Series 8 OST has slow build up and pacing up until the 2:12 mark. The mysterious and classic intro precede the pumped-up beat so well, it will blow you hard. Overall, a badass theme music for the 12th Doctor.

“Wait, is The Doctor really that good of a man?”

By many standards, he is. Though one can argue that he didn’t get there on his own. He’s never good enough without his companions to back him up.

Vale Decem means Farewell Ten. It’s well-known as the 10th Doctor’s regeneration theme so the sad vibe is unmistakable. The Ood sang this song to The Doctor’s head using their telepathic ability. Can you imagine how twisted it was to hear this song as you regenerate? That scene is most likely the saddest moment of the series.

Vale Decem is written in Latin and if you don’t know the English translation yet, you better Google it up.

The Madman With A Box

Series 5 soundtracks are golden but “The Mad Man With A Box” takes the cake. Is this the TARDIS singing? Half of the fans think so. They love to entertain the idea that the TARDIS is a woman with an angelic voice. All she sings is just “Doo doo doo …,” but that will do.

“What about the other half?”

They think the voice is distracting. It takes away the listeners’ attention from the instruments, which supposed to be the focal point in this music.

I Am The Doctor

This is the song you do NOT want to hear if you were the bad guy in Doctor Who’s universe. The song means things are going south for you.

If you’re not the bad guy, then feel free to play this music anytime anywhere. Even completing ordinary chores will feel like it’s on the same level as saving the world. It has that kind of magic to make everything you do feels… epic.

OK, those are the best Doctor Who’s music according to us. Which one is your favorite? Or do you have a different one not on the list? Tell us about it in the comments.

By the way, the ambient-mixer.com has plenty of ambiances inspired by the series. Have a look at the awesome selection of Doctor Who theme sounds there. If you think you have what it takes to be a great composer like Murray Gold, prove it by making the best Dr. Who ambient music there is. Play with the online app to make your own ambiance.

The Effect Music Has On Fashion