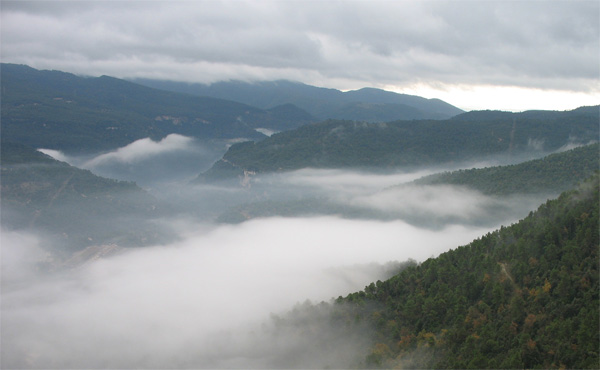 Nature sounds are among the most used and like sounds inside the Ambient Mixer sound. The four elements wind, water, fire and earth play a major role in all our top rated atmospheres. Tracks based on specifically on weather sounds are among our best rated ambiances. There seems to be some special affinity for bad weather as background audio, as  rain and thunderstorms make it to the top rated tracks.

Not only are these individual tracks very well designed by their creators (thanks to all of them), but it seems that precipitation such as rain or raindrops are very attractive for listeners. Maybe the sound of rain is good for sleeping, maybe rainfall has something calming and relaxing that makes one feel cosy at home.

Ranging second in user’s preferences regarding the use of nature sounds come forest sounds and sea scenes. Forest sounds of hot summer nights, night sounds in the forest, jungle sounds and other forest tracks rank alomost at the level ot beach sounds, the sound of ocean waves or lakes.

Listening to all those great background audio creations from our users, we want to present you the most used sounds for these great tracks. And we want to encourage you to test some other nature sounds as well, as they may inspire you to much more great creations.

Thinking of nature as a mix of the four elements wind, water, fire and earth we have sorted the most used sounds by popularity from the ambient mixer pool of nature sounds. These are the ingredients included in the top rated and prefered atmospheres of our users.

We have analyzed the sounds chosen by the creatores of the favorite and best rates sound atmospheres to find out what sounds of nature they favorize to define a weather background sounds.  Though the sounds database of the Ambient Mixer has much more sound related to stormy weather, it seems only a few are the favorites for the creators of top rated weather ambiances:

See and listen to the favorite thunder sounds of the Ambient Mixer sound database.

Among the favorite rain sounds for weather audio background there is more variation regarding the preferences of the creators of rain backgrounds. Here the most used rain sounds in Ambient Mixer:

All these sounds are found directly using the Ambient Mixer in the sound database under Nature > Weather >Rain > Name of the sound:

These are the top wind sounds use for weather related audio backgrounds.
All these sounds are found directly using the Ambient Mixer in the sound database under Nature > Weather >Wind > Name of the sound:

When it comes to forest scenes there are  multiple choices for any type of forest: Jungle sounds, rain forest sounds, enchanted forests, magical forests, creepy forests, summer or autumn forests and all sorts of forest background acoustic sceneries iyou could imagine. Among the forest ambiances in the Ambient Mixer there are some recurring favorite sounds users seem to like most, like wind, woodpeckers and other birds, sounds of leaves and water streams.

Favorite sounds of nature in water and wildlife atmospheres

Regarding audio background for water related scenes and wildlife, creators of atmospehres at Ambient Mixer don’t show any clear preference for one sound over another. The variety of sounds is as broad as the scenes themselves.